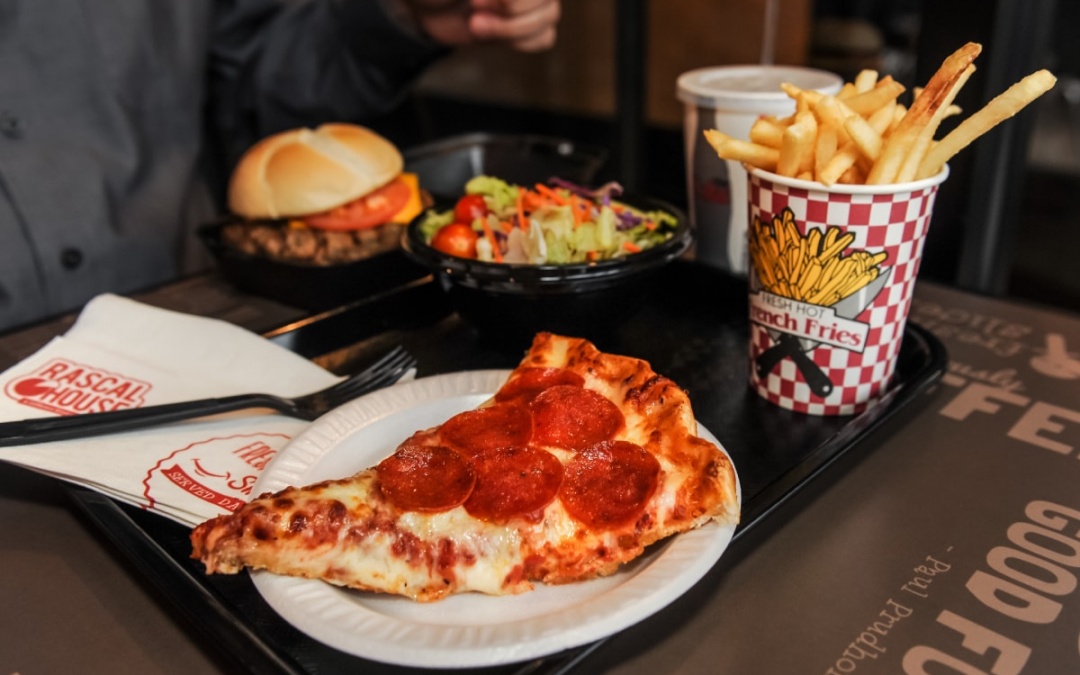 Ohio-based Rascal House is a QSR with a twist — the company that sells hamburgers and fries also sells pizza and wings. With three corporately managed locations, three franchises and a smattering of arena outlets at Rocket Mortgage FieldHouse in downtown Cleveland, the 40-year-old brand has operations down to a fine art in preparation for growth. Three to five units are in the pipeline, and the company is actively talking to franchisees.

But Rascal House hasn’t experienced explosive growth, preferring to remain organic in its expansion by promoting from within, according to Niko Frangos, whose parents started the first Rascal House in 1980.

Frangos’ father, Mike, was a lifelong restaurateur who fell in love with the McDonald’s system and wanted a similar concept, but one that catered to the local Cleveland area and also served pizza. People loved the variety, and they loved being able to get it in one place.

The first Rascal House opened in a space that had previously housed a Burger King and a Dairy Queen. If those concepts failed, what would Rascal House do to succeed?

“My dad just put the work ethic and the passion into running a business,” Frangos said in a phone interview, “and doing it for the right reasons to serve people well.” 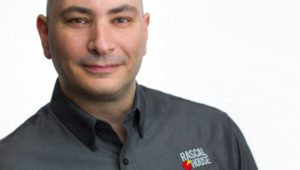 Why quick service? Mike’s own father had a diner, and speed of service just became a hallmark of the brand. Mike even moonlighted at McDonald’s after working all day in the diner. He appreciated McDonald’s systems and growth, and “I think that’s why he ultimately had a desire to kind of duplicate on some level what he saw in that,” Frangos said.

Franchising didn’t happen overnight. Mike had some partners who wanted to franchise and employees who moved from management to ownership. “It was very organic,” Frangos said. “It wasn’t a true, bona fide franchise program.”

It wasn’t until three or four years ago that the brand took a deep-dive into what franchising really looks like at the systems level. Frangos had joined the company after a career in film and brought his expertise to the table as the president of franchising for Rascal House, Inc. “It is the consummate franchise in that if you can just help somebody be successful, then that’s your pathway to succeed, too,” Frangos said.

“The thing that excites me the most is just imagining how many people can plug into this and create this family and this ecosystem to where it really becomes life changing for a lot of people.”

The key to Rascal House’s achievement is its depth of menu. The brand has an admittedly large one, with everything from burgers, jumbo pretzel sticks and fries to pizza, breadsticks, wings and salads. It is, in a sense, a blend of a QSR and a traditional pizzeria right down to the delivery. Yes, the entire menu can be delivered, and delivery started when the company launched. Catering is also a big part of the concept.

“What we’ve figured out is that (catering customers) are probably not going to go for fast food … it probably doesn’t travel well, and there’s the implication that it’s cheap,” Frangos said. That leaves fast casual options, but one-note menus and the lack of delivery at some places limit the dining experience for 20 or 30 people.

“When you look at our menu, on the surface it looks like there’s a lot going on there,” Frangos said, “but what I tell people is that our menu had depth of variety but the key to it is the simplicity.”

For example, wings are on the menu, but only five wing sauces. There’s one burger, one fish sandwich, a gyro and a smattering of salads that utilize the same ingredients as many of the pizzas, which is made with one dough style. “The way you allow people to choose that variety makes it complicated or not,” Frangos said. “We’ve designed it to be truly elevated food, so it’s not frou frou-y, there’s no dollar menu proposition on our menu. Everything’s a little bit oversized.” 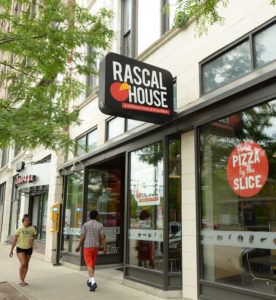 Rascal House has a good working relationship with their food purveyor that helps the company maintain consistency across the brand. They do site visits and keep in close contact with the operators to help with continuity.

“It does need to be controlled in a structured format to franchise properly,” Frangos said, “and really, it’s relationships. I’m not a fan of heavy-handed punitive relationships. … There’s a reason why we have to have consistency and if that’s communicated well to your partners, then I think it just becomes easier to where you don’t have to now become a policeman but you’re passing vision and you’re evolving people who hopefully care about the brand.”

The” catering powerhouse” has a simple delivery model with their own drivers and deliver the entire menu, whether it’s a $20 order or a $200 catering order. “A very significant portion of our volume and interactions comes from high-ticket transactions (from catering),” Frangos said. “We sort of sit in a band where we do business, our daypart, that is going out to offices of 10 or 20 or they’re doing box lunches for 80 people. They’ve gotten comfortable using us.”

Delivery helped the company during the onset of the coronavirus pandemic when many dining rooms were closed. Part of the restaurant’s core is pizza-focused, so a delivery program was already in place. They didn’t have to figure out new menu items or how to package it because they already delivered. “We had all those mechanisms already in place, plus if you turned off the spigot on every other restaurant that couldn’t serve, it just increased our business,” Frangos said.

“A lot of people came in and experienced our brand probably for the first time because they had no other options and many people probably just used us with more frequency because they couldn’t get out.”

The ideal franchise candidate must have restaurant experience in their background because management and understanding the speed and motion of the business is difficult to teach but crucial to know. They also must have applicable capital, and they must adhere to the company’s core values.

“We’ve done it for 40 years,” Frangos said. “We know how to run a successful operation. Can somebody plug into that and run their operation at a high level… and complement the brand with what they’ve learned over time?”